A PyAnsys library eliminates the need to share snippets of code that perform actions. Users can instead create workflows consisting of their own Python modules and third-party libraries. This extends Ansys’s products in a way that matches how libraries are created in the Python community while maintaining the separation between products, APIs, and PyAnsys client libraries.

To avoid the anti-pattern of providing single-use scripts, the general pattern for a PyAnsys library ensures:

This diagram shows the general pattern that each PyAnsys library should follow: 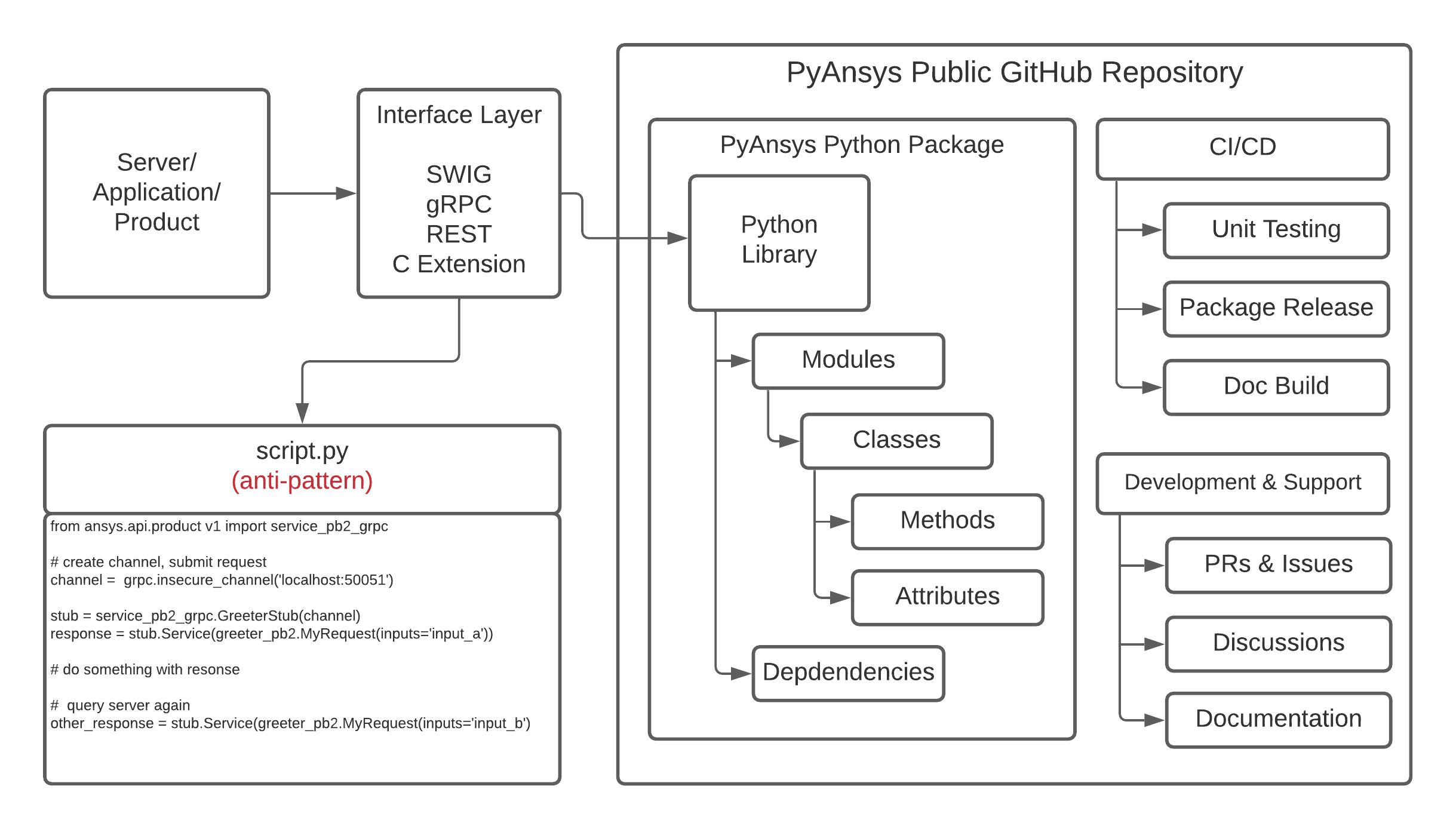 The Ansys product or service exposes an interface that is locally accessible (for example, .NET using pythoncom, SWIG, or C extensions) or a service that is both locally and remotely accessible (REST or gRPC). This interface is referred to as the API (Application Programming Interface). While this API can be directly accessed, this often results in unreadable and unmaintainable code that forces users to rewrite setup boilerplate and other methods from scratch. Therefore, the best practice is to create a Python layer that maps the raw API into a carefully designed, object-oriented data model and API.